Torontonian by way of Zambia (where he was born) and the U.K., Singaratnam boasts a background that defies classification as nimbly as his artistic taste. In eighth grade he asked a music teacher if she knew of anyone who played both jazz and classical trumpet at a high level and she steered him to Wynton Marsalis, two of whose records he promptly went out and bought. Suresh studied with Canadian trumpet virtuoso Norman Engel throughout high school, and even then exhibited an uncommon aptitude for the technicalities of the trumpet, besting pianists and string players alike to win the Scarborough Philharmonic Youth Concerto Competition at the age of 17. In his last year of high school he studied with Toronto Symphony trumpeter Barton Woomert, then spent a year at the University of Toronto studying with Chase Sanborn.

After one year at the University of Toronto Singaratnam transferred to Manhattan School of Music in New York City, a move whose tremendous impact on his life and psyche he chronicles in his recent album Lost in New York. Even though Singaratnam focused on the classical style in his early lessons (probably because the technique came most naturally) it was jazz trumpet he went on to study as an undergraduate. Suresh studied with jazz great Lew Soloff but continued his classical trumpet studies with the New York Philharmonic's Vincent Penzarella.

Applying for Manhattan School of Music's Master's program, Singaratnam switched hats again and was accepted with scholarship for classical trumpet. Orchestration studies with Paul Allan Levi and composition classes with Ludmilla Ulehla proved a powerful influence, and continue to inform his approach to composition. During these years, Singaratnam also received lessons from Canadian Brass veteran Jens Lindeman and the trumpeter whose recordings had fed his budding interest, Wynton Marsalis.

Singaratnam's dual album release in 2009 was the product of several years of germination. "Two Hundred Sixty-One, Vol. 1" is not an opening statement but rather an adult work, born of years refining technique and taste. Even the selection of repertoire bespeaks maturity, encompassing trumpet "standards" like Arban's The Carnival of Venice and Rimsky-Korsakov's Flight of The Bumblebee, Paul Hindemith's vast and varied Sonata for Trumpet and Piano and transcriptions from the violin and opera canons.

Similarly,"Lost in New York", Singaratnam's all-original jazz album, was years in the making and literally narrates several years of the artist's life during his time in New York. The program is eclectic, ranging from intervalic and twelve-tonal to singable originals evocative of Strayhorn and Johnny Mercer. Listen to both records back-to-back and you'll be startled by their artistic coherence. Jazz and classical trumpet are idioms with different techniques, assumptions, and histories, and unlike some other dual-idiomist trumpeters before him (admittedly a small group) Singaratnam approaches each on its own terms. Still, an aesthetic thread conjoins them: more a matter of taste than of technique or sound. 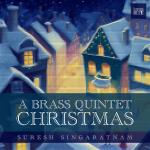 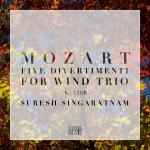 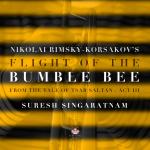 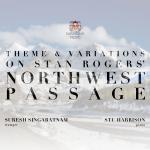 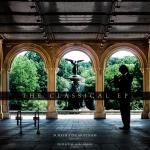 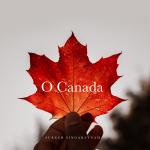 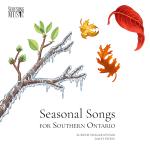 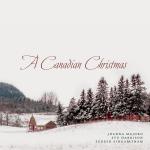 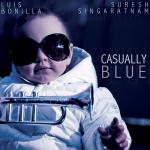 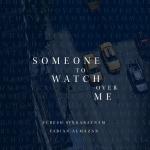 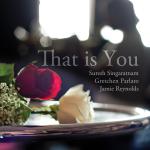 ...The trumpeter whose Christmas tune comforted an anxious nation. Suresh Singaratnam saw a nation of people desperate for a bit of spiritual uplift, and brought his musical vision to life...
Suresh Singaratnam, a composer, wanted to write a new Christmas song that celebrates Canada, the land, and of course the people. This year a hundred and seventy musicians and singers came together and helped it come alive. A Canadian Christmas is our moment.

To be transported from stress and worry—if only for a brief moment—this song can surely do the trick. To paraphrase the great Billy Strayhorn, "That Is You" is a lovesome thing.
Lost In New York is an outstanding album of intricate jazz played by some of the best musicians the jazz scene currently has to offer. Singaratnam has produced a mature and first class effort making this album hard to ignore. This is an essential purchase for all jazz fans and one which I highly recommend.
Meet Suresh Singaratnam . Like Wynton Marsalis, to whom he will often very likely be compared, Singaratnam is trained in both the classical and jazz traditions. His first two records offered classical music — 2009’s Two Hundred Sixty-One, Volume 1 — and jazz — 2010’s Lost in New York, the subject of this review. To have a career begin in impressive musical presence of Marsalis is a bit much, so let us give Singaratnam enough space to let him be his own man. He’s not lost at all. He finds his way pretty well, no matter what music he’s playing...From the writing and arranging, to the personnel in the band and the flat out monster playing on this release, I was thoroughly impressed.
Suresh Singaratnam is a major talent with interesting ideas and good taste in bandmates, and this album is recommended to any fan of genuinely modern jazz.
Great songwriting and great playing from a well-chosen group of musicians - Lost in New York is a superb debut that deserves your attention.
An impressive work, Lost In New York gives the strong impression of a confident and talented composer and musician, part of the city rather than lost within it.
This trumpeter is probably most likely to follow in Marsalis' footsteps. Still the young lion with something to prove, Singaratnam can play in jazz and classical modes with ease, but this set is all about putting the chops first, front and center. A solid set for fans of sitting down jazz, this is the kind of set that spreads the word well.
Within a few notes, you’ll hear the gifted Singaratnam’s voice ascend without boundaries in this inimitable compilation of unexpected textural shapes, colors and nuances implanted throughout the balance of this adventurous gem of a masterpiece...

...The conduit of music encompass here is a fortress of ambitious compositions that materializes from a collage of immeasurable tenor which accurately externalizes Suresh Singaratnam’s artistic vision as he eloquently developed a repertoire of music that is complex, compelling, exciting and very interesting. Highly recommended!
Indeed, I was knocked out of my chair this weekend by trumpeter Suresh Singaratnam‘s new CD, Lost in New York. It’s a mindblower of mood-swings from mellow to scorching.
Lost in New York is a 68-minute, nine-chapter novel of a boy and his trumpet, making his way to the city and experiencing many life lessons. The CD, with a lengthy booklet filled with beautiful graphic illustrations, is a finely composed suite, merging jazz and the classical in contemporary fashion. Colors are rich, instruments are warm unless intentionally cold, and the storyline is continuous. It doesn’t seem appropriate to name individual tracks, since there is a solid sense of unity from “Temporal Incursions” to “Peripheral Fission”. An absolute must.
A jazz-rock album that makes refreshing sense is Suresh Singaratnam's Lost in New York. Everything about this new CD from trumpeter Singaratnam is exciting, from the tight jazz lines to the restless fusion arrangements. None of the songs overstay their welcome and all delight with energy and innovation. What's notable about this album is what happens when you start to play any of the tracks. You find you want the track to remain on. Sample Temporal Incursions and Chrysanthemum to see what I mean. What's more, all compositions and arrangements are by Singaratnam. This is hot stuff.
While packaged in an edgy graphic comic context, the music here presented by trumpeter Suresh Singaratham is impressive hard bop in the Jazz Messenger vein. The core team of Jake Saslow/ts, Jesse Lewis/g, Fabian Almazan/p, Fraser Hollins/b and Lee Pearson/dr give a youthful and Gen Y vigor to stretched out tunes like “Temporal Incursions” and “Remnants Of Eternity” while bridging the generation gap between Young Lions and Baby Boomers.

Singaratnam’s trumpet is dynamic and searching, with a hint of Hubbard to keep it spiced up. Except for the pensive vocal “Spring for All But Me” with Charenee Wade, the music keeps you driving forward and on your toes, with Saslow’s tenor filled with grit, and Almazan’s piano keeping the Tyner torch burning. They’ve got a nice ability to keep one foot in the tradition and another on the escalator going up. Nice work here.
print

For booking and all other inquires, contact Suresh Singaratnam at:
suresh@sureshsingaratnam.com 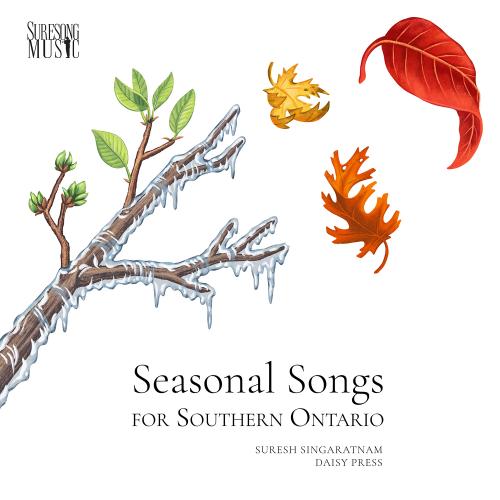 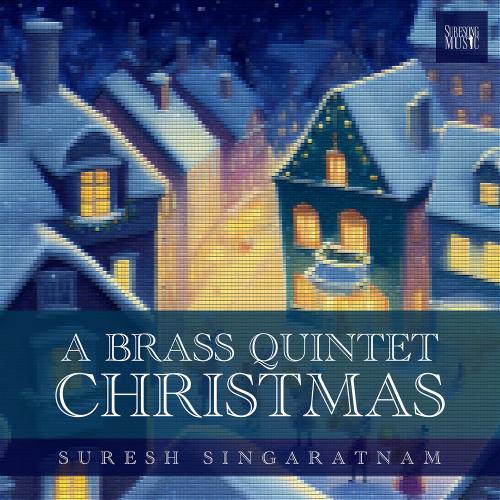 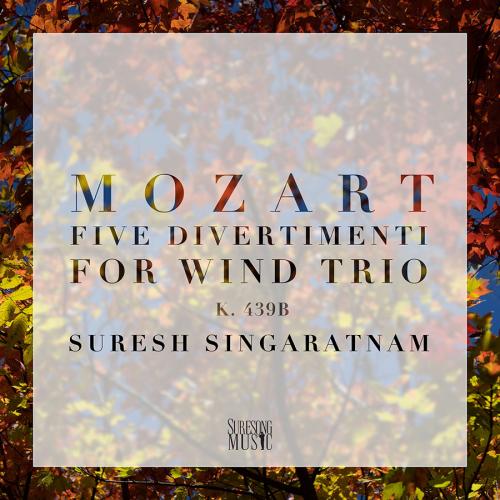 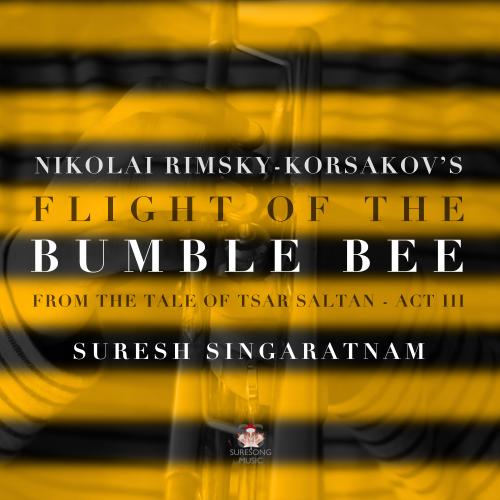 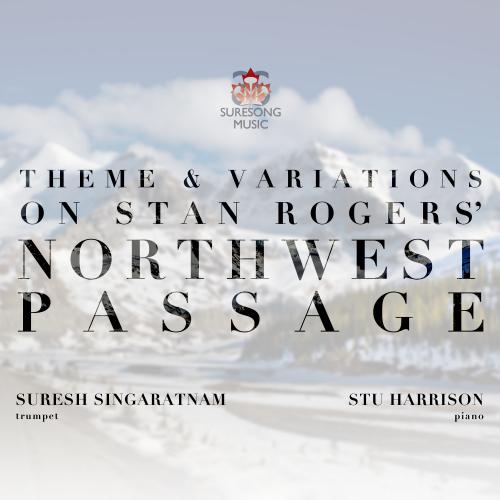 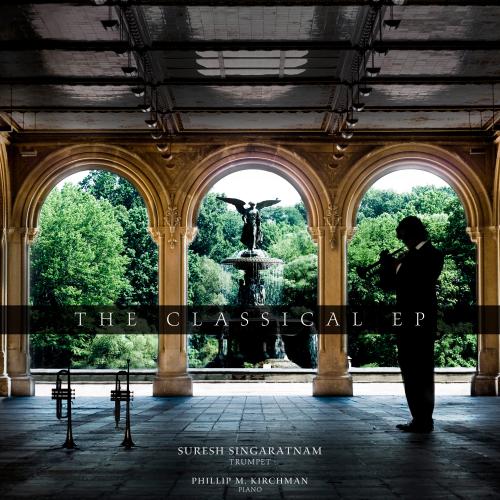 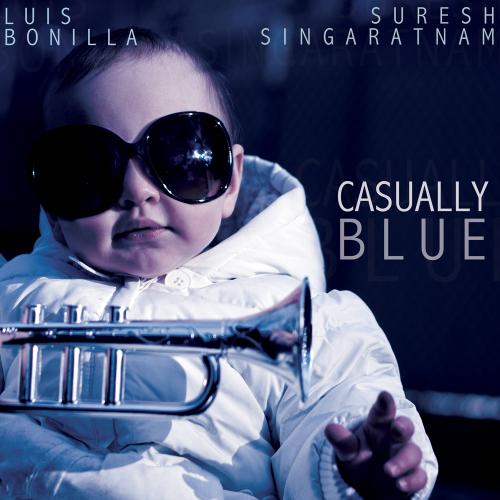 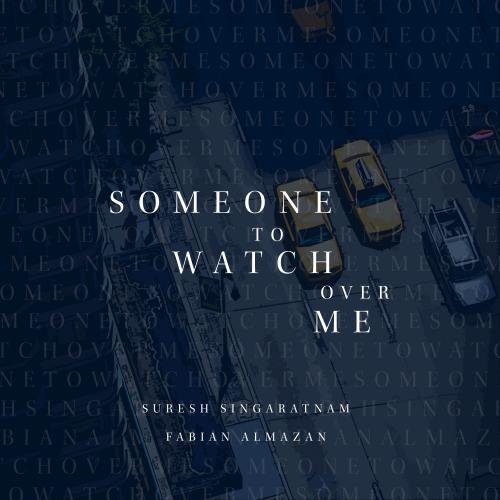 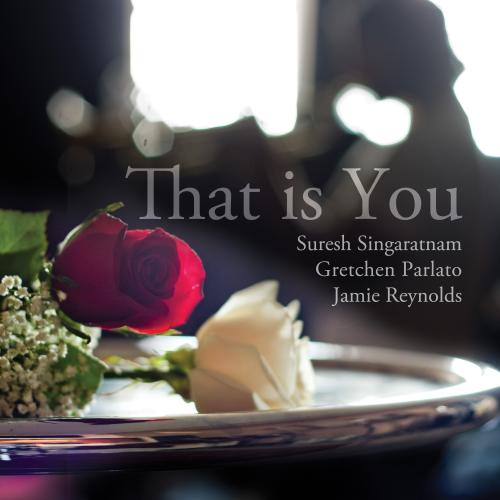 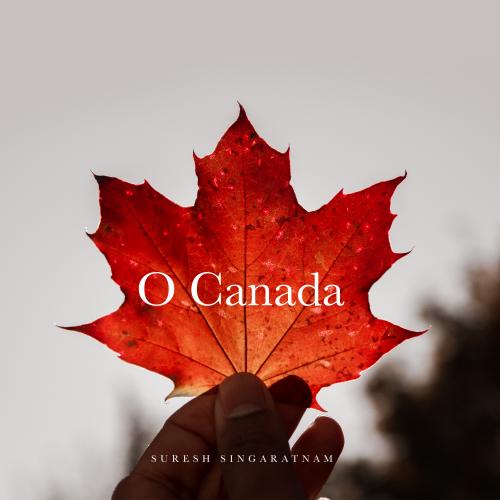 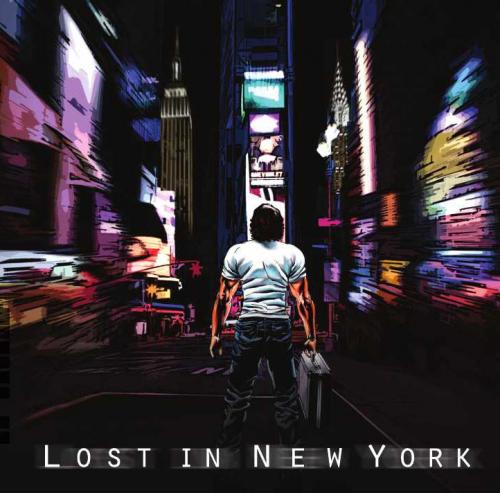